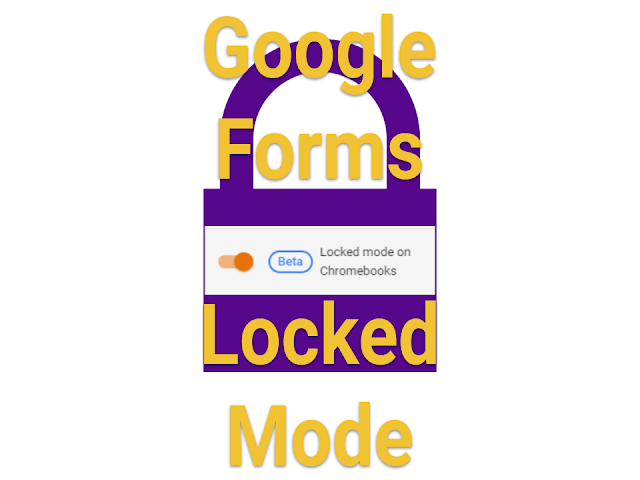 It has been three months since we started testing "locked mode" in Google Forms for Chromebooks. It has been an exciting opportunity as it promised the possibility of students recording, taking screenshots, or leaving a Google Forms quiz. I've received quite a few mixed reviews during this time. I'm a little late in the game to be posting about the beta version of locked mode, but maybe with this will provide a more honest review. If you haven't tried locked mode in Google Forms, then feel free to check out the video. It is a couple months old, but it will get you started. If you do not have this capability, then your GSuite administrator did not sign up your domain for the early access.

Being a beta tester

Teachers were super excited to pilot locked mode when I first announced it. It was going to help resolve a big problem many secondary teachers were struggling with and that was the issue of cheating. Before you jump to the conclusion that all of the issues were the type of questions teachers were asking, students were doing a lot of copying and pasting of quizzes or taking screenshots and passing them along via Google Drive. Yes, the types of questions (asking questions that students can Google) is sometimes the issue, but that doesn't solve the issue of students copying tests for their friends.

Being a beta tester is an emotional roller-coaster. The possibilities peaked the interest of teachers, but the second glitches came their way, it was abandon ship! This reaction is completely understandable. If you're a teacher that likes to tinker, being a beta tester is for you. Trying to figure out how to make a product work in your classroom because you see the potential can be exciting. If you're a bit timid around technology or just want it to work the first time, beta testing can frustrate you faster than the staff member that hogged all the donuts in the teacher's lounge. Teachers found out quickly what it meant as they had trouble getting all students to be able to go into locked mode. They were even more frustrated when there were some teachers that never had trouble at all. So what did we learn from all this? 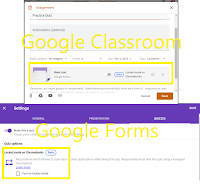 The second issue is a glitch usually doesn't become apparent until a student wants to do a screenshot. One of the great features of locked mode is that even screenshots are disabled. The problem is that it will continue to disable screenshots on some devices until the device has been restarted. It makes it appear that the ability to do screenshots is disabled by the domain administrator, but that is merely how locked mode functions. It essentially creates a policy blocking all kinds of features that can be controlled within the Google Admin Console. When locked mode is over, students will find sometimes experience this glitch. My simple advice is to have students restart immediately after completing a Google Forms quiz. If your students change classrooms, their next teacher will greatly appreciate it. 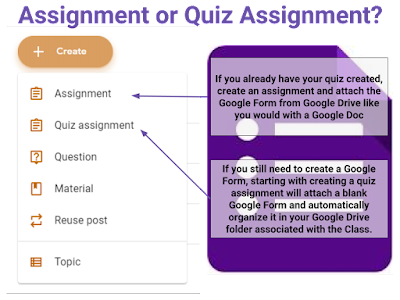 Since the launch of locked mode in Google Forms, Classroom has also popped up with a quiz assignment feature in Google Classroom. This can cause a little confusion for teachers because if you have a Google Form quiz already created, a regular assignment will suffice. If you don't have one ready to go, Classroom will attach a blank Google Form and place it in your Google Drive folder associated with that class.

Overall, teachers have seen a lot of improvement with locked mode. The frustrations I was hearing when it first launched have slowly diminished. While we were having our troubles with locked mode in the beginning, many of my teachers were defaulting to using Securly Classroom to create a walled garden of only specific sites students could visit during a quiz. It worked as a band-aid during the struggle times, but locked mode in Google Forms provides that awesome capability of shutting down all forms of screenshots and completely shutting down access to other websites.

If you are new to Google Forms, please feel free to check out some of my other resources linked here.