@mrskuehnertsclass was rocking Shadow Puppet today for their sea animal project! #edgaged #waynecenterelem
A photo posted by Lance Yoder (@edgaged) on May 27, 2015 at 7:16am PDT


Mrs. Kuehnert's kindergarten just wrapped up a sea animal project today! They used a variety of tools over several days to make this possible. I met with Mrs. Kuehnert last week to discuss tools that would work best for her students and followed up this week helping her students place all their images into Shadow Puppet.

Throughout the week, Mrs. Kuehnert would read texts and provide information about various undersea animals (roughly one per day). The students found an image and wrote a fact that they learned about the animal on top of the image. After several days, they had four images and four facts written. They later pieced the images together in Shadow Puppet and recorded their voice reading their facts. To wrap it up, Mrs. Kuehnert created a Google Drive folder and shared it with her students to create a gallery. Students really enjoyed watching the class' videos.

Here is what they used:

One of the best tools that came out in the last year is Photos for Class. Here, students can find creative commons images that are (mostly) safe for the classroom. Occasionally there are some questionable images, but teachers can report them to be evaluated later. Students were able to quickly search and save images. 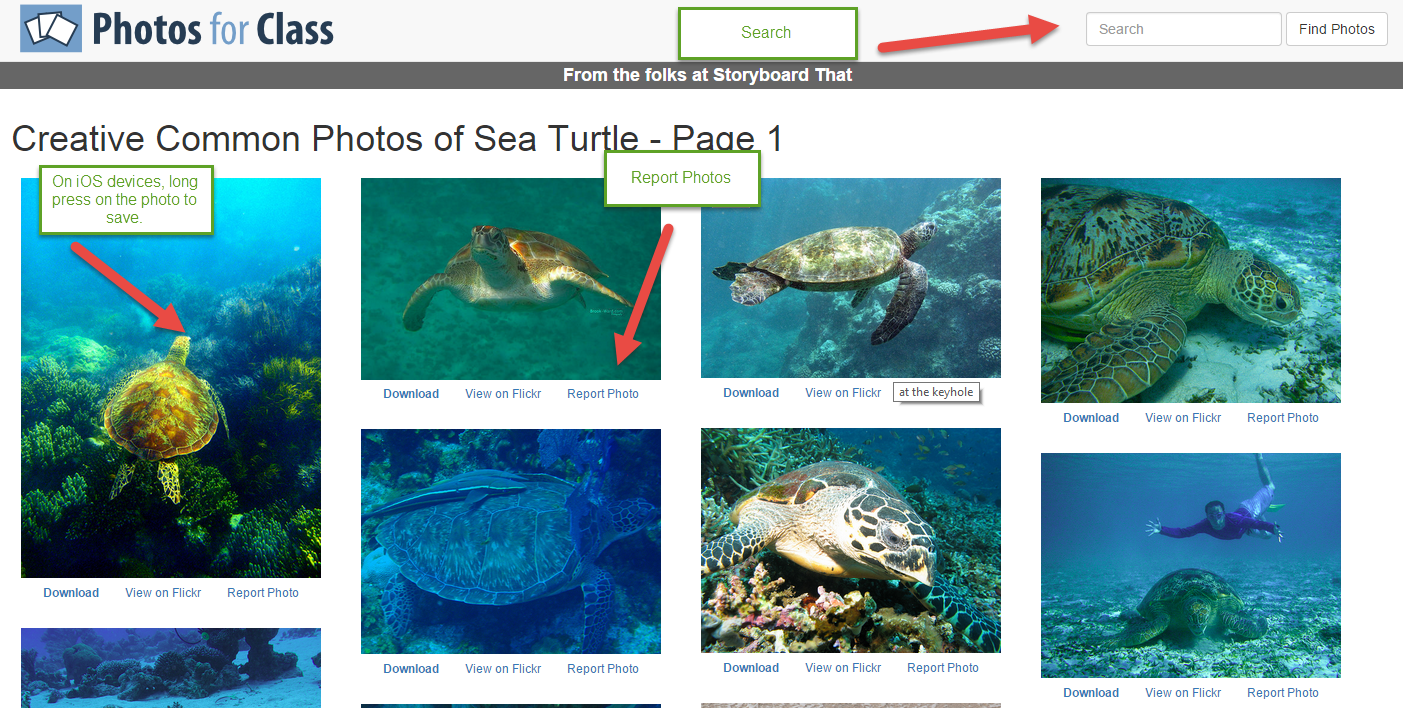 The kindergarten students were accustomed to Hello Crayons and Hello Color Pencils as they have used these tools in multiple projects. The problem with Hello Crayons is that the writing is too big for full sentences. The problem with Hello Color Pencils is that the writing is too small and is too hard to see over top of an image. The students imported their images into Hello Chalk as their sentences showed up clearly and were just the right size for full sentences.

Shadow Puppet is the tool I reintroduced to the class. It had been a few weeks since they had used it, so a refresher was necessary. We placed each annotated, saved image into Shadow Puppet. The students were to introduce themselves and read their undersea animal facts to make a whole video project. As students become more familiar with Shadow Puppet, they could insert pointers, text, and music to enhance the video. Since I was dealing with kindergarten, we only focused on inserting their images and recording their voices.

Lastly, the students uploaded their projects into a shared Google Drive folder. That way the teacher can receive their video, and their classmates can enjoy watching the videos. They love the opportunity to share!