By Lance Yoder September 30, 2014
Kindergarten in a 1:1 environment is an interesting thing. Especially at the beginning of the year when students don't know all their letters yet. For the last several days, I've been working with Mrs. Kuehnert's kindergarten class. We've been focusing on just the basics when using the iPad. These basics will provide the scaffolding the students need in order to better utilize the iPad as a learning tool in the future. The more exposure they have to troubleshooting and basic use of the iPad, the more the device can be used throughout the rest of the year. 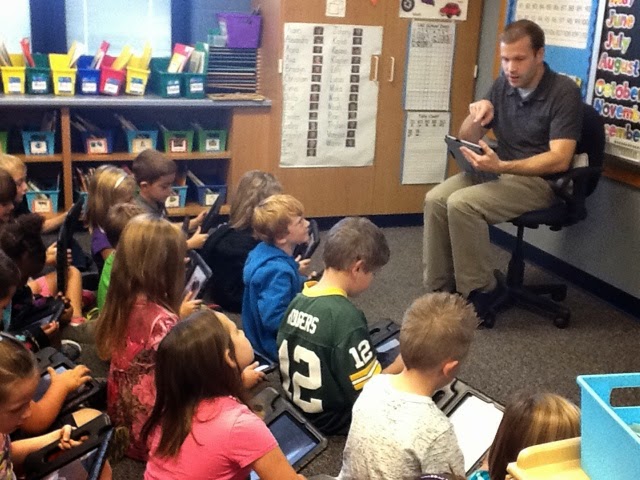 Last year, I created a list of skills to get Kindergarten rolling for the beginning of the year. I will more than likely add to this list, but this gives an idea of where to start with them so that Kindergarten students can feel confident in their use of the iPad. The key is to break it down and go slow. It will pay off in the long run when you have a bigger project later in the year.


Feel free to view the list of digital skills by following this link.

Today, I came up with a new phrase to share with Kindergarten students: Keep trying; No crying. Kindergarten students are notorious for emotional breakdowns when things aren't quite working the way they want them. I try to preface the lesson every time that it is just fine to make mistakes. The worst thing to do with any problem is to get upset. Believe or not, the keyboard alone can make a six-year-old lose their cool. It is something that takes work to learn to the point that they feel a sense of fluency.

10 common issues with the iPad keyboard that tend to cause Kindergarten students to breakdown:


So why even bother with a keyboard? Why not just have kindergarten students use apps that require little to no input or learning games? The simple answer is that it isn't real life. The students, at an early age, need to learn to create. This allows them to problem solve and know how to accomplish a task using digital tools at an early age.