By Lance Yoder May 07, 2012
Little Writer is one of those free apps that you know the day is coming that it won't be free any longer. This app is great for students that need to work on letter formation. It features accurate animation that is easy for the student to understand. So often, it is hard for students to understand how the letters are to be formed, but the letters that require a change in direction will stop at those points so that the expectation is clear. The app features capitals, lower case, numbers, shapes, and also word writing. 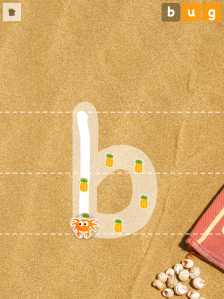 The animation continues as the letter has a change in direction.[/caption] 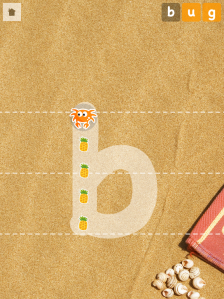 Only animates the first motion. The moves the animal towards the food.[/caption] 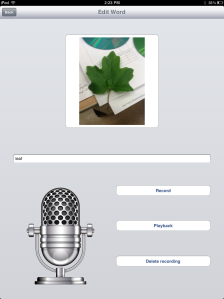 You can also add your own words with your voice and a picture.[/caption]