By Lance Yoder October 25, 2011
Last week, I had the opportunity to work in a second grade classroom (Mrs. Miller's) at South Side Elementary School. When I first worked with these kids about a month or so ago, they struggled with knowing how to navigate through the iPad. Following directions was difficult because they were just plain excited about using the devices. What a change I have seen in this group of students since the beginning of the year! Now that the novelty has worn off a little, they listened carefully. It was almost so quiet that you could hear a pin drop. It was so quiet that they actually laughed at my jokes! They also have no problem moving throughout their iPad.


The students were working on a bat project where they would share pictures and report facts that they had learned about the animal. They used an app called Photo Farm (new to me) to find pictures so that they could import them into Videolicious. It is a pretty good, simple app that pulls picture from Google pictures without using a web browser, or difficult steps to save the pictures. Some students also used Doodle Buddy to make their own designs along with pictures with bats. When they finished making their Doodle Buddy pictures, they just saved it to their camera roll so that they can import it into their project.


The Videolicious app is pretty simple to use. It starts out with the students choosing up to 10 pictures to use, they take a video of themselves while telling about the bats then they finished up with choosing a song that was already preloaded in the app. The app automatically coordinates the music, pictures, and video into a quick finished project. Lastly, the students emailed their project to their teacher. It only took some students about 5 minutes to make their final product.


I do have a sample of a product. There was a lot of background noise since all the students were working on their own project at the same time. Some of the Doodle Buddy pictures were sideways as well. These are all issues that the students will work out as they get more accustomed to using the devices. However, I didn't think it was too bad for a second grader's first time using this app.

[youtube http://www.youtube.com/watch?v=3ua9fblEdik?rel=0&w=853&h=480]
Then later that afternoon, while I was in another classroom, I started get a ton of emails! I was wondering what was going on and when I had a free moment, I realized that I was getting pictures of a Popplet project the students were doing with their afternoon teacher, Mrs. Becker. Popplet is a really simple app for organizing thoughts and ideas into boxes that connect with one another. Here is what Mrs. Becker had her second graders doing with it: 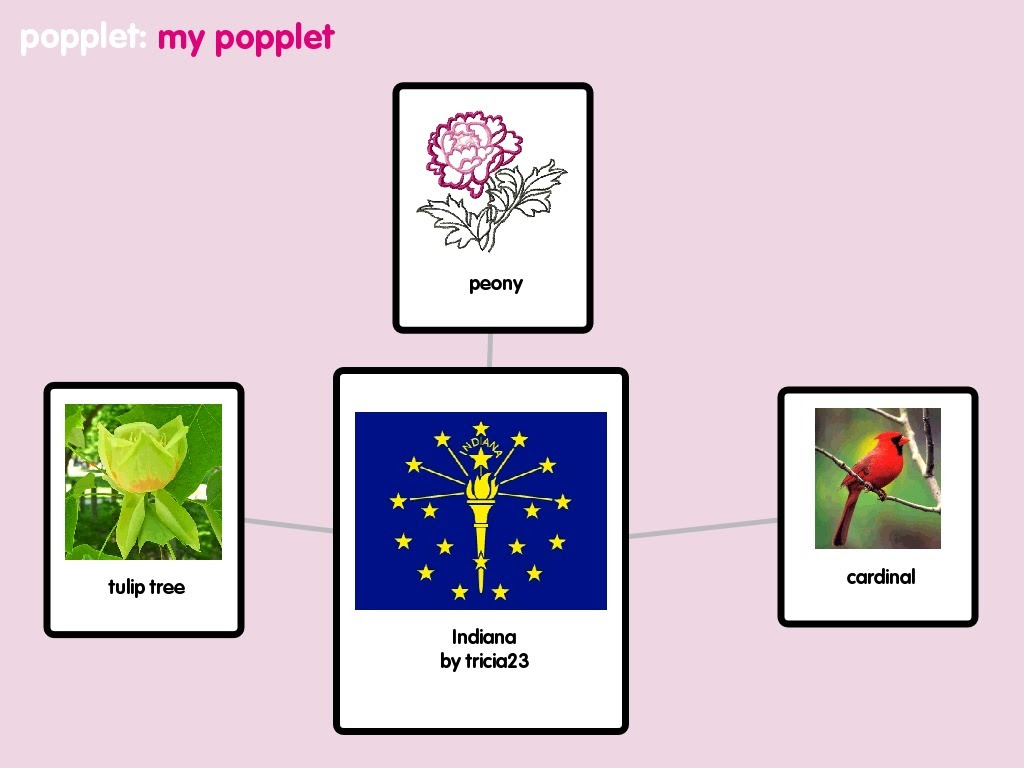